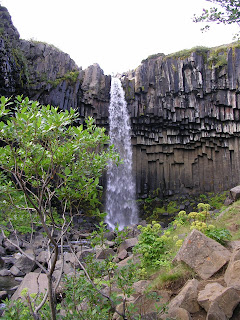 I had to take it after my mission to Iceland to fill a general education requirement so I could eventually graduate. It was the most interesting class I every took of the GEs I ended up taking. Well that isn't precisely true. I loved my Humanities of Asia class too. But for the sheer fascination of how the world worked, it was this geology class. Studying about aluvial fans, volcanos, rock layers and plate techtonics completely had my attention. I remember my teacher talking about oil deposits one day. He told us all in class that we would run out of oil by the year 2000. I thought that the most incredible statement I ever heard in that class. And here we are in 2008 continuing to use oil like there was no tomorrow.

I was interested in geology before I went to Iceland, but the things 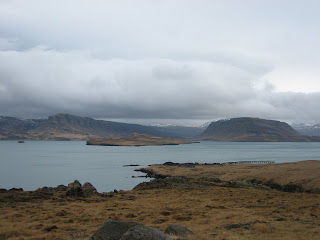 I saw there of geologic land formations just made me more fascinated at the complexity, variety and wonder of our world. When I see the endless variety of the world's landscapes, I can't help but see God in it all. Those who are raised not taught that there is a God find it hard to think this way. But those who believe in a higher power at least often ascribe the beauty of the world to that high 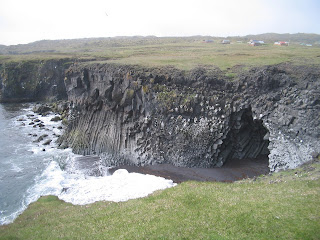 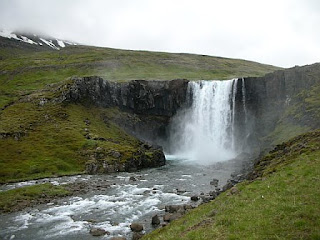 Iceland's beauty is in truth a "rugged, wild" beauty.

I spent my high school years in southern Utah's red sandstone deserts. I spent my elementary school years in the lush forests of northern Florida. I was a missionary in Iceland where snow never really landed as it came down--it just kept blowing sideways and out to sea. Once off my mission I went with my family to BYU-Hawaii where the contrasts could not have been greater. Living in these lands which were all so opposite each other made me appreciate the good parts of each. This last picture I took out the window of a bus in the winter of 1985-86 somewhere on the north-west coast of Iceland. It, to me, was emblematic of how deadly the weather in Iceland could be if you did 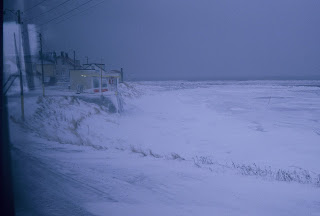 not respect it. But if you did respect how dangerous it could be there, the beauty you could discover after that seemed endless.
Posted by Darron at 8:49 PM