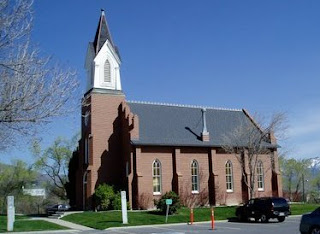 This one is a meeting house in Salt Lake City. 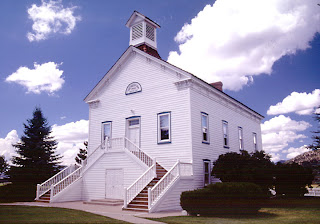 This one is the oldest continuously used church building in the history of our church. It is in Pine Valley, Utah and was built by a boat builder. 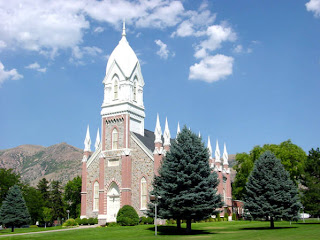 This is what we call a "tabernacle" and is in Brigham City, Utah. Tabernacles are for larger, general meetings and usually have few or no classrooms, unlike a regular chapel or church building. Very cool looking building. 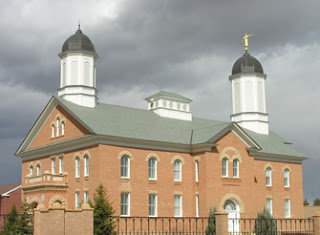 This was originally a tabernacle in Vernal, Utah but was converted into a temple. Temples are more sacred to us than regular chapels or tabernacles. A very majestic old building with the appearance of solid pioneer craftsmanship. 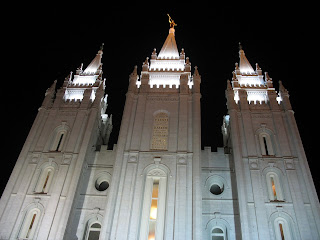 The most recognizable building in the Mormon faith: the Salt Lake City Temple in Utah. This photo I took on Christmas Eve 2006.
When I was a missionary in Iceland, I developed an interest in the old church buildings that dotted the land there too. 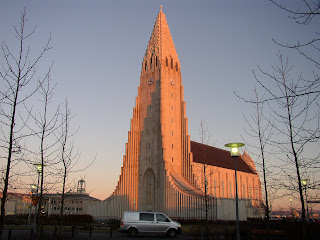 Hallgrímskirkja is the best known of all the Lutheran church buildings in Iceland but is a modern building. The tower and chapel shell were already built when I was there, but the inside was not finished for some time after I left in 1986. 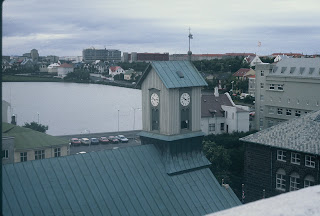 This is Dómkirkja and is downtown Reykjavík in the heart of the city center. The pond in the background is a little bigger in this picture. Later part of the pond was covered over with city or art buildings, I can't remember which since I've only been there once after they were built. 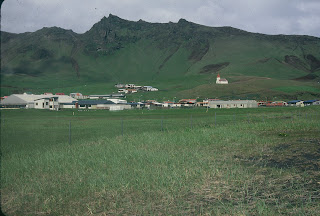 This last one is hard to see, but is the church on a hill in the town of Vík along the southern coast of Iceland. Behind me and to the right is a black sand beach. You can see a little of the black sand in the foreground at right. This picture is 21 years old too, so if you've been to Vík things probably have changed a bit. I loved this little area....
I wonder if anyone in Iceland has a list with pictures of all the Lutheran church buildings still in existence. Anybody know? I'd like to see it.
Posted by Darron at 8:42 PM