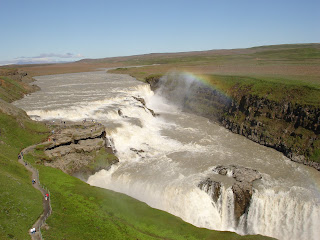 Gullfoss is the most famous waterfall in all of Iceland. I don't know which missionary took this, but it was taken in 2006, I think. You can see the two major drop offs of the falls, the shorter one first and the longer one right after. I went there in June 1986 right before I left Iceland with a member of our church who was a tour guide, Guðmundur Guðmundsson. When I went back in 2004, Guðmundur took me again. The only thing that I noticed that was different was the hiking trail and scenic view landing where all the tourists went. Before we could very close to the water and felt the incredible power that was contained in the falls by being right next to the water as it was falling over the first falls. Guðmundur said it was a bit dangerous to be so close, so we didn't get close the second time around. 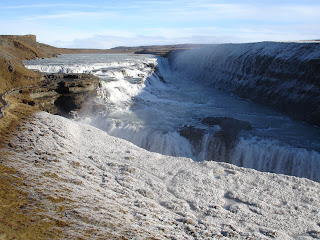 This second picture was taken in 2006 as well but from a lower-down vantage point and in the early fall or winter. 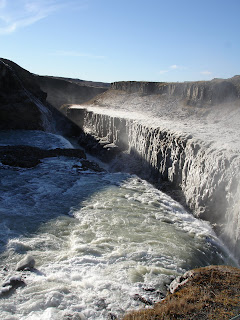 I really like the silvers and grays in this photo above (again from about 2006). This next one was taken during full-on winter. 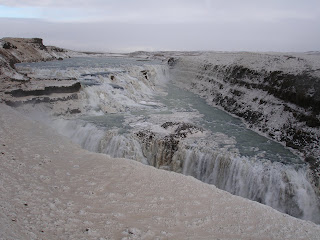 I found a cool website that gives the full history of the attention that has been paid to Gullfoss over the years. It is at http://www.vulkaner.no/n/gullfoss/egullfoss.html.

These last few pictures are ones that I took in 1986. 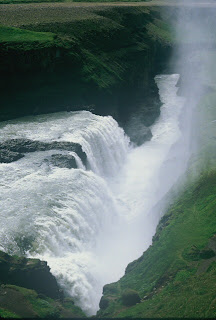 Do you notice any differences in the falls in the last 21 years? 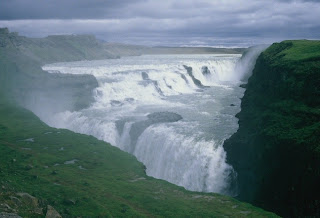