Just when you think the world is falling apart and that the "end" must be near, it is nice to know that some things are consistent all over the world. It seems that most countries--countries that have an alphabet that is--have a version of the alphabet song. Iceland is no different. As I thought about this, I realized that I never did learn the alphabet song while I was a missionary, in the MTC or in Iceland. I'm not sure I even heard anyone ever sing it. So being the dutiful academic that I am, I dug through a set of Icelandic language instuctional dvds that I had until I found a section where the teacher was teaching the students the Icelandic alphabet and was using the song to help her do it. Below are the letters and words to the song. The "dot, dot, dots" are the holds or long notes in the song. All together now!....

Say that now 10 times fast and you win the prize. 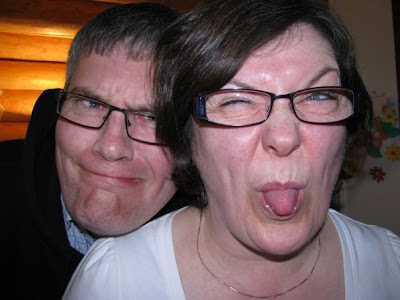 This is what might happen to your faces though on just the second time through if you aren't careful. Thanks Björg and Ólafur.
Posted by Darron at 2:36 PM 4 comments: