Iceland. Unquestionably. Anyone who has spent any length of time in Iceland will be able to tell that these ph 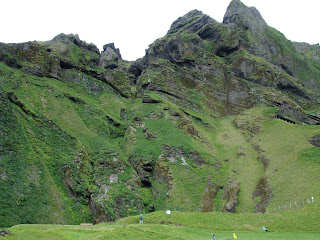 otos were taken there. I spent about 20 months in Iceland. One of the missionaries who was there two or three years ago took this first picture and it was eventually sent to me. It is patently Iceland.

Whenever I see a movie that was filmed in Iceland, I can tell immediately. Iceland has a very unique look and topography. When the movie Batman Begins came out a few years ago, I thought the glacier and supposedly Asian looking countryside that was being shown was Iceland. Sure enough when I checked into it, it was. There is no other place in the world that looks quite like it. I don't know precisely where these two places are in Iceland, but I know that there are in Iceland. I took the second one in 1986. It is impossible 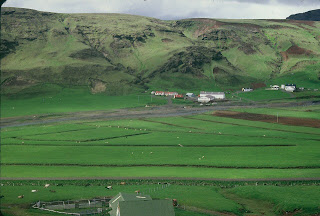 to mistake them for somewhere else. The green grass clinging to every spot, but only part-way up the bigger mountains. Everything made out of volcanic rock. Small farms with colorful roofs. Icelandic sheep and horses in many of the fields. It definitely has its own feel and I miss seeing it on a regular basis. 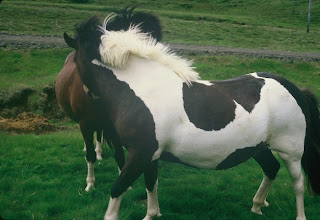