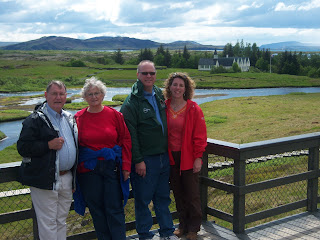 About nine months ago I received a phone call from my mother. During our conversation, she reminded me that in 2008, she and dad would be celebrating their 50th wedding anniversary. I had already given the subject some thought, and was ready (i thought) for what was to follow. I told her not to worry. I was already in the preliminary planning phases of a big party. We would fly in long-lost friends and relatives for an extravaganza not to be soon forgotten. She stopped me mid sentence, and said that they had some ting else in mind. She said, "Iceland has always been such an important part of your life, and dad and I feel like we've missed out on something....We want to go to Iceland, and we want you and Chris (my wife) to come with us. We readily accepted.

We left on the 12th of June, and arrived in Reykjavík at nearly midnight to a beautiful midnight sun. This is a picture we took at a baptism that we were able to attend on the first night there Mattíus Olafsson had a friend that was baptized. He got to know some of the kids in the branch through work. 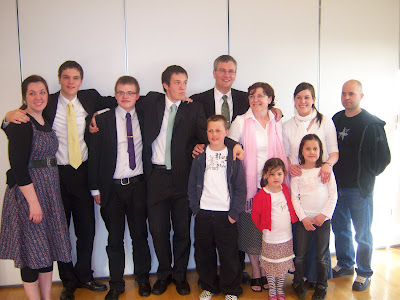 This is Olafur Olafsson´s extended family. Olafur married Björg Marteinsdottir while I was there in 1984. When I left, Björg was expecting Unnur. That is her on the left. Sóley and her family are on the right. The young man third from the left was the one baptized that night. 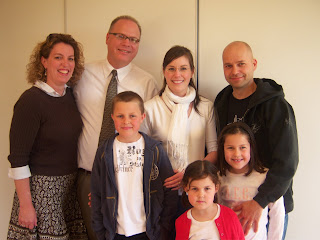 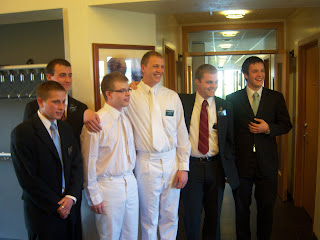 Sóley hates it when I tell this story, but I can´t help myself. When I was just a new missionary, Björg and Sóley had just moved back to Iceland from the states. Sóley spoke very little Icelandic, but was learning quickly....probably more quickly than us. She used to corner the Elders in church and beg us, "Please .......speak English to me!" Inevitably, Björg would find us, and scold both of us. Sóley has such a great family. Kristján is a great man, and has done much for the church in Iceland. Together they are raising another generation of Icelandic saints. Daniel, their oldest, just became a Deacon this week. The girls are the cutest. Anja and Yrja. This was a great evening, getting caught up with Olí and Björg.
Posted by Dale T. at 7:14 PM

How exciting for you and your parents. My wife and I have been called to serve in Iceland and will arrive Sept 30. We are excited to go and it is fun to look at your blog as we prepare. Thanks for sharing it with us. Having also served in Romania we know what it is like to want to share the great things about our mission but it is difficult to find those who share the same interest.