Some of us have been back from Mormon missions to Iceland now for 33 years. Not me, of course, but some of the 165 of us. Dan and Dave Geslison, Gary Buckway and Blake Hansen, for example. We come home from that nearly other-worldly experience and pick back up with our former lives. Some of us maintain some pretty close ties with a few Icelanders who we got to know well and loved. Some of us developed deep and long lasting friendships with some of the other missionaries who served there and with whom we had some amazing experiences. Those experiences were often laced with a fair bit of pain and hardship along with the occasional amazing point in time. These experiences are hard to describe to those who didn't go through the same thing there....
On that rare occasion when you get into a conversation with someone who has never even heard about Iceland, let alone been there, the back and forth of that exchange usually revolves around only one or two questions and our standard answers of, "yeah, it was pretty cold there." and "no, not many people were interested in our message." 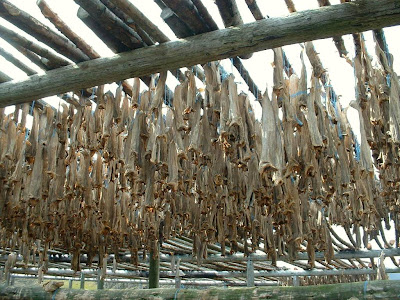 (Kind of a dry conversation, like these drying fish). We walk away though with very specific and vivid memories returning, very few of which would have been considered "normal" or "cliché" to the person we just spoke to (like the story about how the Icelanders dry their fish). If we had been able to sense an interest from the person in getting past those initial clichés, then we sense we can be a little more open about how deeply our feelings run for that land and the people there.
A few times each year, a former missionary will be able travel to Iceland, not always on the way to somewhere else, and spend a few days with old friends and somewhat familiar places. That is when the store of love for and interest in Iceland and the Icelanders returns and we each feel the same feelings we did when we lived there as missionaries, wanting to help that group of people to come to know God better. 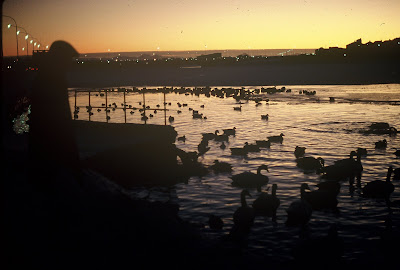 I know it is the same for Mormon missionaries wherever in the world they serve, but to me, Iceland, its people, its land and its language are THE place. There is nothing cliché about Iceland to any of us.
Posted by Darron at 12:42 PM