In exactly six days I will begin teaching Icelandic 201 at Brigham Young University in Provo, Utah. I got offered the job five or six months ago when the current teacher, 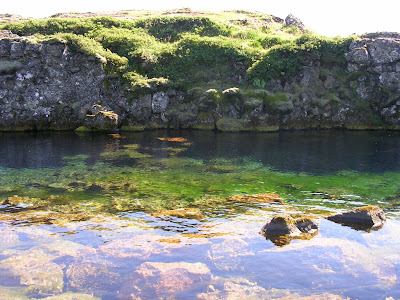 Friðrik Guðmundsson, told the department that he would be graduating and leaving BYU. He recommended me, so that was that. I was already working full-time at BYU and will do this as an evening class (for extra pay), even though it starts at 4pm on MWF and goes till 5:20pm.
To put it mildly, the TERROR HAS BEGUN! I never knew how demanding putting together a course like this was and how many things the teacher was required to think about and prepare. Setting up the syllabus alone was a nightmare, only made easier because Friðrik gave me the framework so I didn't have to start from scratch. I went to teacher orientation and training today, most of which was spent with the four other student instructors who will be teaching Norwegian, Danish and Swedish. The outgoing Swedish teacher is a native, the newly hired one for winter is an RM. The other two teachers who will teach Danish and Norwegian were RMs as well.
We did part of our training together with the French Department since they have so many more students in those classes each semester. I felt uniquely important and yet insignificant in that part of the training. There were 15 French teachers in the room and one lone Icelandic teacher who was experiencing the increasing terror over the minutes and then hours. The Frenchies all use the same textbook with modern pictures, examples and curriculum. For ICLND 201, I have a book that was printed originally in 1949 which has been reprinted several times, but never updated with more appropriate translation exercises or lesson materials. 101 and 102 have a newer text written by four women professors at the University of Iceland, but these students have already gone through all that material. I felt like Cosette in Les Miserables, when she was little and her mother had died and before Jean came and rescued her. Hand-me-down clothes (books) with most all the faces in the room facing conspicuously in a different direction. 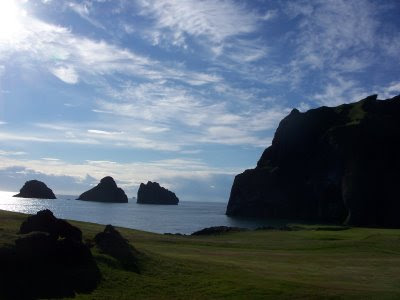 I did feel better that there were more 201 students signed up for Icelandic (seven) than for Swedish (five). Hopefully I can keep at least four or five of them for 201 and then into 202.
Friðrik did say that the terror for him did go away after a month or so (oh, great!) but he never went to class feeling completely at ease since it is a big responsibility to teach a class like this at a university level. My wife starts her first semester of her Master's degree program this semester too, so we won't be busy at all....What option do I have but to prepare as well as I can and show the students the passion that I have for Iceland and it's beautiful language?
Posted by Darron at 5:14 PM

Darren,
Do not fret...though you remind me of Friðrik back in 2003: a bag of nerves!...Don't worry you will do incredible..if you need a cheerleader do you want me to attend class a few times? Like I did for Friðrik? Smiling in the back back the whole time and flipping 'thumbs up' throughout the class? Trust me: you are very well prepared and the students will never catch on that you are up there fighting a panic attack.
I do wish I could be in attendance...I think it would be fun to take Icelandic again.
Good luck and 'break a leg' so to speak.

congratulations! I have no advice for you i'm afraid but I have faith in you and I don't think the students will be able to help but feel your passion for icelandic!! I wish I could attend :p