I don't know exactly how many years ago it was, maybe five or six, but I remember when it was normal to go up to Salt Lake City in early April and October of each year to help with the translation of General Conference for the Icelanders. There was one or two people who were over the process of keeping the RM's who were still around on a list and calling on them when conference was getting close to help out. I was on that list since I planned to stay in the area and still had contact with those who were putting everything together. During a few of those years there was not an Icelander around to help us with the process. During other years Þorbergur Sigurjónsson and Friðrik Guðmundsson were at BYU and able to keep the group of us organized.

I remember starting out as a translator in the basement of the old tabernacle on Temple Square. Then, once the Conference Center was complete, we moved over there to a beautiful facility above the main floor in the north-west corner of the building.

In my third or four go-around doing this, I showed up to my particular session of conference and met up with some of the other RM's who would be helping out. I saw this one elder who I didn't recognize and didn't hear his name right off. He was speaking Icelandic to one of the two natives there and my mouth fell open. I said to myself, "wow, this guy's Icelandic is perfect. He is gifted and probably just barely home from his mission." I'd never seen him before, not even a picture of him so I was curious. Well I asked Friðrik, I think, who he was and he told me that he wasn't just an RM but an Icelander who was baptized after I left my mission. No wonder I didn't know him. His name was Kristján Mathiesen and had served his mission mostly in Bristol, England.

I learned a bit about his story that night and then a bunch more later on. He, it turns out, is the only Icelander to my knowledge who has ever served part of his regular mission in his home country, Iceland. He served his last three months in Iceland because of either the death or illness of one of his parents. 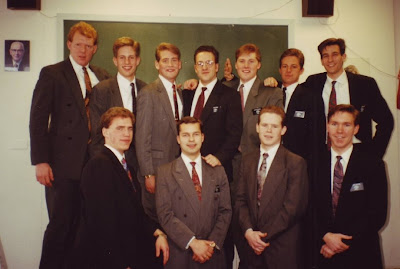 That is why he is in this picture with the other missionaries of his day back in early 1993. He is the 2nd from the left on the bottom row. An interesting three months that must have been.

Kristján married Sóley Ólafsdóttir whose family are all faithful members of the Church. It is very difficult for LDS Icelanders to find spouses who are also LDS Icelanders, but in Kristján's case, he found a great one; one who was a favorite of all the missionaries since she was so happy and helped us patiently with our Icelandic.

She was seven when I arrived in Iceland. Now the two of them have three kids of their own, the oldest of whom, Daníel, just became a deacon. 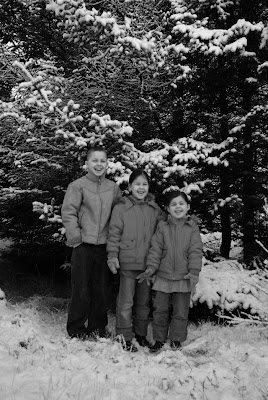 Do you know which branch Kristján and his family are in? We are excited to be going to Iceland and enjoy your blog. Thanks

They are in the Reykjavik branch like Soley's parents, Olafur and Bjorg. It is quite the scene to see all of them sitting in one row in the chapel there. Something you see in Utah a lot, but not Iceland!