In size, Iceland claims about 40,000 square miles of land. In comparison, that is less that half the size of Utah which claims almost 85,000 square miles of land. Iceland can only boast one land mammal, the Arctic Fox. Six different seal species have been seen around the island, but only the common seal and the grey seal breed all around the country. Twenty-three individual species of whales have been seen in Icelandic waters. 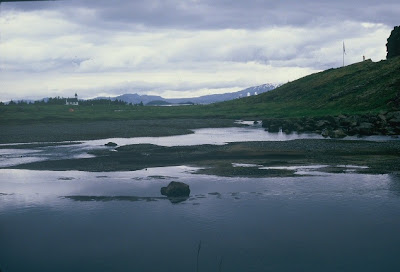 A number of Irish monks wrote of a land called Thule in the 8th and 9th centuries, before Norsemen came to permanently inhabit it. Ari Þorgilsson the Learned, Iceland’s first historian, said that the Irish monks who first were in the land went away eventually because they did not want to live with heathans.
The Faroe Island were discovered and settled before Iceland. Since the Norseman of that day had no compass to sail by, it is not suprising that eventually someone would miss the Faroes when traveling from Norway and then arrive at Iceland. Both versions of Landnámabók or The Book of Settlements agree that the name Iceland came from a disappointed Norwegian named Flóki who made the first attempt to settle the island but lost all his livestock during a very hard winter. Both versions also agree that Iceland was discovered and settled by Norsemen in consequence of their insatiable lust for travel among the Scandinavians during the Viking Age. 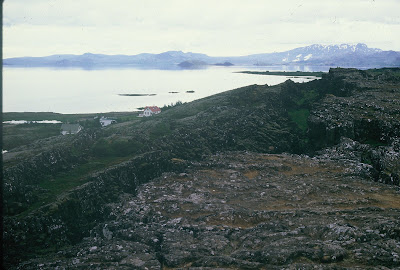 Ingólfur Arnarson is named in the Book of Settlements as the first to leave for Iceland and set up a permanent settlement there. He did so in what is now called Reykjavík, the capital. Ari states that Iceland was settled first in 870 A.D. whereas the Book of Settlements states that it was settled first in 874. Recent studies of the Greenland ice cap have settled the matter that Iceland was likely settled just a few years previous to these dates. Icelandic settlement scholars mostly agree that the original number of settlers was around 10,000.
The most common reason for leaving Norway at that time was the aggressive nature of the Norwegian King, Harald Fairhair. Harald inherited a kingdom in eastern Norway but moved to unite all Norway under his rule. He did so with a firm hand and once accomplished, many of the lesser nobles left Norway out of self-preservation and not wanting to be subject to the whims of the new king of all of Norway. Those who had opposed his attempts at taking over all of Norway were then "black listed" in essence and could not be assured of their safety. Egill's Saga is one of the best of the sagas which discusses this tumultuous time in Norway and the lives and events leading these noblemen to Iceland, away from the tempermental King Harald.
Posted by Darron at 11:06 AM