A difficult work in Iceland. I used to feel bad on my mission at times because I found myself marking off the days on the calendar during certain months. The weather was bad, we spent most of our time tracting, lots of people were rude to us when we knocked on their doors, etc. But then as I have started to get in contact with a number of the missionaries who had served before me, I began to realize how easy I had it--comparably.

Two or three years ago I began to compile a list of all the missionaries who had ever served in Iceland from 1975 to present. I now

have contact information for over 90% of the 160 missionaries who have ever served, including the 19 or so senior couples who have served in that time. Eventually we had our first mission reunion where we invited all the missionaries we could find of the 160. About half who ever served came to the dinner in April 2007 held at BYU. To get everyone there I did a lot of emailing and calling to help everyone know about the details and be there if they could.
After the dinner and program were over, we all we 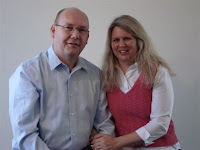 nt our separate ways. I then started to get emails from missionaries who had served in all eras of the mission. Some had attended the reunion, others had not. One or two of the emails struck me. One was from a fellow who had served early on when there was no Book of Mormon in Icelandic, no missionary tracts to hand out, nothing. He told me that even though he couldn't come to the reunion, because of my sending him out emails and photos of those who came, he had for the first time contacted some of his old companions from 30 years ago. Apparently some of the early missionaries had had such an exremely difficult time serving in the beginning that they still had emotional scars from that period. But the option of a reunion for the first time for just those who had served in Iceland (we didn't fit in with the Danish mission reunions, even though that, technically was our mission) had brought some together, at least by email, who had for years been blocking out the pain or at least the extreme difficulty of those years. These first two pictures are of one of the early missionaries, Mike Little, who survived those tough first few years with a number of others. The second picture is of him and his wife. The are Canadians and were only prevented from coming to the missionary reunion because their grandchild was being born that same day (and grandchildren always take priority over mission reunions).
I don't think that I would be able to find a single missionary who served in Iceland who would not say that there were some extremely challenging times while serving there. I suppose if we had had more people 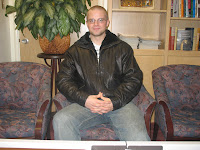 interested in our message then those times would have been fewer. One of the recently returned missionaries was Gayle Waters (at left). He got home a few months ago and visited me in my of 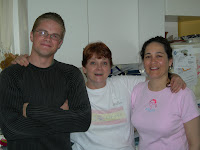 fice. I always get their pictures when I meet them. "Waters" will be heading back into active duty in the military for two years and then possibly coming back to BYU for school. He had some really tough times on his mission, just like we all did there. But there were incredible times as well with lots of people that he ended up loving. 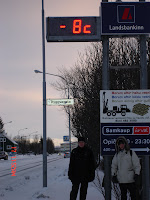 In the end it matters who you serve, not where. I had a friend serve in Hawaii with another in the Marshall Islands. They didn't have the cold, snowy weather, but they had their own problems. And just like it says in the Book of Mormon, there must be opposition in all things. If not we would not be able to learn to choose between right and wrong or understand the difference between joy and misery. When it is eight below on the Celcius scale in Iceland you can be pretty miserable, but if there is no wind that day, s-allright. The glass is more than half full.
Posted by Darron at 2:01 PM

I think it was so difficult because we were few and it was isolated. I had only two mission president interviews; one with President Jensen, one with President Svendsen. President Gislason was in reality our mission leader. I have always been greatful for that.