I was recently rereading the story in the Old Testament of Joseph who was sold into Egypt (you know, Joseph Isaacsson). I'm sure you remember the story. Joseph's dad loved him best of his many brothers; His dad gave him the coat of many colors; He had dreams that made his brothers really mad, etc. The part of the story that I was fixating on recently though was the part where his brothers wanted to kill him. 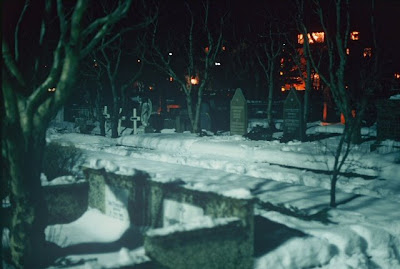 One of them said no, let's just put him in this pit. They eventually saw the caravan coming and decided to sell their brother into slavery instead of killing him. Ultimately this puts Joseph in the right place to save his family and everyone else from starving to death during the famine.

I got to thinking about how the situation for the Icelanders (and most other countries in the world right now) is kind of similar. A number of people in the "family" of the Icelanders were only thinking of themselves which then caused a huge problem for another part of the family. But the family members who were strong morally and ethically weathered the very painful and difficult period of time that was thrust upon them, and in the end, those good folks were put into a position to take care of the rest.

A lot of good folks have been thrown into the pit and are just now being sold into captivity. But there are a LOT of moral and ethical people in 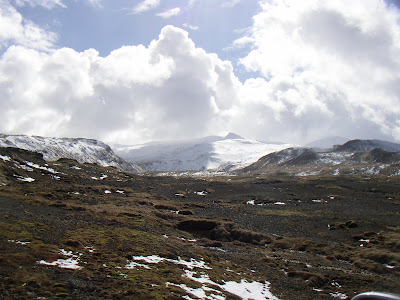 Iceland who are even now coming together with their insights and wisdom to provide a solution. After a period of time, where the pain will be very real and intense, those good people will bring everyone through it. They will be looked up to for leadership in the future because of their integrity and will bring Iceland forward with important lessons learned. All of this can, of course, be applied to the U.S. as well.

All of us go through really hard times sooner or later. It's how we decide to respond to these hard times that makes all the difference. Are we going to keep on doing the types of things that get us in trouble? Or are we going to hold to our morals and be part of the solution?
Posted by Darron at 8:02 PM

This is interesting. I was thinking about the situation too. This reminds me of the early 1970´s in Iceland.. Times were very tough. We lived on some Russian foods well into the 1980´s. Then everything started to be better and a lot of people got into debt trouble. It was often joked about how much Iceland owed to other countries. Most countries owe a lot of money to other countries. Icelanders joked about what country would take Iceland as payment for the debt owed. Well it´s not so funny anymore. This is very real. Stay out of debt like the prophets have been telling us for years. Hopefully we learn from our individual mistakes in these matters. Look to the future and learn from the past.